Posted By PVA Admin on October 15, 2020
Share This Article 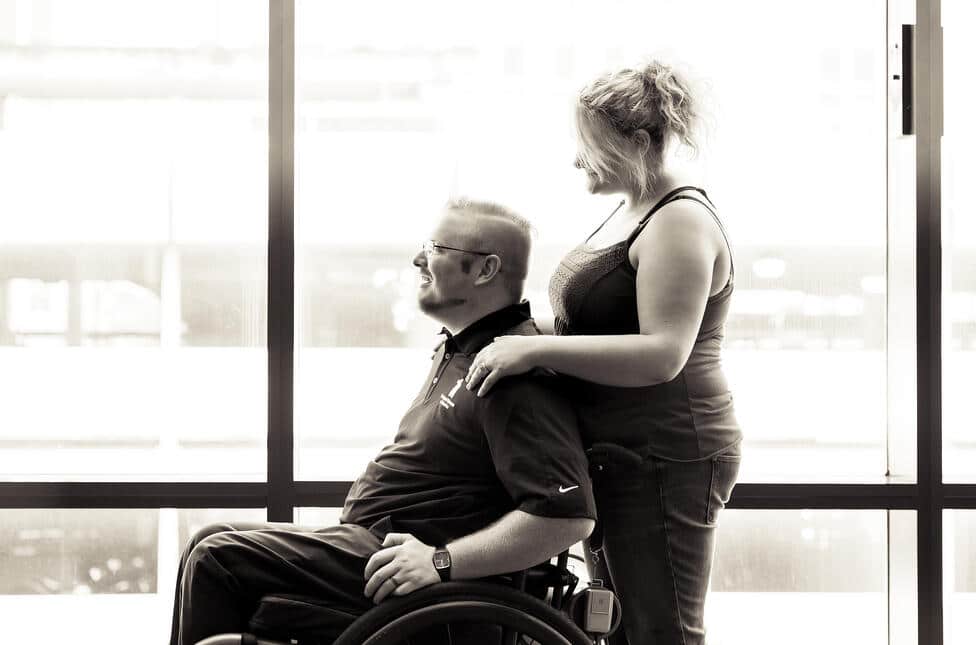 PVA is pleased to celebrate that on October 1st, the VA expanded its Program of Comprehensive Assistance for Family Caregivers. The PCAFC provides education, support, a monthly stipend, healthcare coverage and certain beneficiary travel to qualifying family caregivers of eligible veterans; however, it was previously only offered to veterans who incurred or aggravated a serious injury in the line of duty on or after September 11th, 2001. This left out so many families with veterans who served in years prior to 2001. With this latest news, the program will include veterans from previous eras and will be rolled out in two phases as the agency adds staff and technology to accommodate new participants.

An example of a servicemember who will benefit from this expansion is Colonial Chapter member Paul Hamilton. Paul is a U.S. Navy veteran who served from 1974-1976 until a service-connected accident ended his career, confining him to a bed or wheelchair.

Paul’s wife is his full-time caregiver, and she assists him with all of his daily care such as meal preparation, dressing him, providing at-home health needs and housecleaning. Were it not for her help, Paul might need to enter a spinal cord injury center or regional care facility, and it is his desire to remain at home. Prior to October 1st, Paul wasn’t eligible for the PCAFC program, but under the new guidelines, he and his wife can be included.

In a statement, PVA Executive Director Carl Blake said, “For too long, veterans of earlier service eras have been denied access to the critical benefits and services provided by this program. We are also very pleased that the program will now consider veterans with catastrophic illnesses like Multiple Sclerosis (MS) and Amyotrophic Lateral Sclerosis (ALS) for eligibility.”

We spoke with Heather Ansley, PVA’s Associate Executive Director of Government Relations to find out more of why this announcement is significant.

How long has PVA been fighting for this expansion?

Heather Ansley: We have been fighting for this since the inception of the caregiver program in 2010. Early iterations of the legislation included access for all veterans but it was eventually limited to only post-9/11 veterans.

Why is it important?

Heather Ansley: The expansion is important because it acknowledges the labor of caregivers who have been serving their veterans for decades. By helping caregivers to sustain their caregiving services, it also helps to ensure that veterans with catastrophic disabilities remain in their homes and communities. It also begins the process of ensuring that veterans with similar disabilities have access to the same benefits, regardless of when they served.

Also, VA has expanded the program to include those with serious service-connected illnesses. This was a group of veterans previously unable to access the program.

What are next steps as this rolls out?

Heather Ansley: We must monitor the program to ensure that it is implemented in a way that doesn’t unnecessarily limit access for service-connected catastrophically disabled veterans. In other words, we want to ensure that VA doesn’t too narrowly interpret the criteria to exclude veterans who we would logically think would be eligible for the program. We also believe that the new regulations for the program should have included an appeals process.

PVA looks forward to continuing to work with the Department of Veterans Affairs to ensure the needs of veterans with serious injuries and illnesses related to their military service and their caregivers are met.