Posted By PVA Admin on September 18, 2019
Share This Article 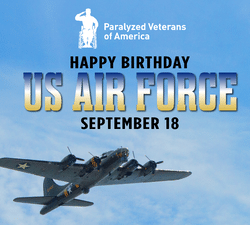 U.S. Air Force veteran and PVA Lone Star Chapter member Karla Clay has a smile in her voice – you hear it when she speaks, reflecting her joyful heart.

But watch out – she might kick your butt in track and field events!

That wasn’t always the case. Karla is an artsy sort, someone who took performing arts in high school and was named valedictorian. But in 2001, symptoms led her to a diagnosis of Multiple Sclerosis (MS), and eventually she found herself in a wheelchair.

The normally outgoing, former U.S. Air Force Captain and self-described “wheelchair potato” had become reclusive as she adjusted to the new realities of life – until a doctor suggested she try adaptive sports.

She was hooked, and she watched her life and health improve in various ways.

“I’d never seen a javelin in my life, but I learned how at my first National Veterans Wheelchair Games. I learned how to throw a discus, and I really liked it. It’s been a good learning experience for me, and I’ve made a lot of new friends.” Co-hosted by Paralyzed Veterans of America and The Department of Veterans Affairs, the National Veterans Wheelchair Games is the world’s largest annual wheelchair sports event solely for military veterans. The event demonstrates the unstoppable character of veterans and seeks to foster wider respect for all people with disabilities.

Eleven medals and several years of Games later, Karla is grateful she started training. She encourages people with spinal cord injuries or disabilities to open new doors and discover new skills. “The point is to get out of your comfort zone and do something,” Karla says. “Don’t just sit around; try.” 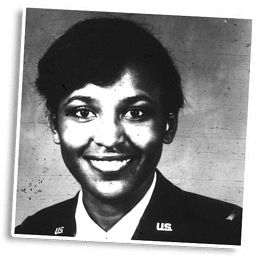 72 years ago today, the U.S. Air Force became an independent military organization. Each branch of our military has its own specialties and traditions (the U.S. Air Force, for example, takes part in something called a “roof stomp”), and they also attract unique individuals. You probably recognize the names of former Airmen such as Johnny Cash, George Carlin, Willie Nelson, Bob Ross, Marvin Gaye, and Dr. Seuss – and even the legendary Chuck Norris!

Today we celebrate these roof-stomping heroes like Karla, all our PVA Air Force veteran members, and also the four Air Force veterans on our Executive Committee, including PVA’s National President, David Zurfluh!

Karla says, “I don’t really view many things as challenges; I look at them as opportunities.” True to form. Because as the famous song goes, “Nothing can stop the U.S. Air Force!”