If you sustained a spinal cord injury (SCI) before 1990, the prognosis you got from your physician and rehabilitation team was usually bleak. You were paralyzed and could not expect much, if any, change in your condition for the rest of your life. Most injuries were considered ‘complete’, with no function below the level of injury. Even those that were ‘incomplete’ could expect limited improvement. There were several issues that affected the damage to the spinal cord. 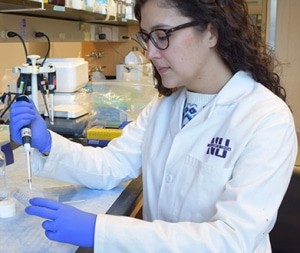 Individuals who sustained spinal cord injuries, both in combat and in the community were moved from the scene of the event in haphazard ways, often without immobilization. These efforts were best intentioned to save lives, not always to protect spines.

You were typically transported to the closest hospital, not to a trauma center. Small hospital emergency staffs were ill prepared to manage the severe spinal cord injury, resulting in one or two more transports, being moved from one gurney to another, jostled along the way. Valuable time, the ‘golden hours’ were lost, before finally seeing a neurosurgeon and surgical intervention to repair the spine. Surgery prevented additional injury to the spinal cord, but did little to ameliorate the damage. This early treatment also resulted in medical complications, including pressure injuries, urinary tract infections and muscle contractures.

We wondered IF the spinal cord could be repaired.

As we neared the end of the twentieth century, promising changes took place at every level. Trauma care improved with the establishment of state trauma systems on the civilian front and similar triage efforts in military care. These included improved immobilization, in both the equipment and in the protocols used by first responders at the site of the accident. Air transport, often used in battle grounds, became the norm in civilian life too, decreasing the time individuals spent getting to the right medical facility, where surgical and other treatments could repair the spinal cord and decrease those medical complications, now commonly referred to as secondary conditions.

In 1990, a significant treatment was identified; using a steroid protocol to address swelling of the spinal cord, it could decrease damage, if given in those first ‘golden hours’. While that treatment (methylprednisolone) has undergone scrutiny over the past two decades, steroid treatments continue to be used with success, resulting in improved outcomes and more ‘incomplete’ injuries.

As treatment improved, promising research efforts did too. Scientists and physicians found answers to the many dilemmas related to treatment. New surgical interventions and technology were designed to provide a scaffolding to protect the spine as it healed rather than the ‘rods’ used in the early years. These require a shorter immobilization period, often only a few days, again decreasing risk of secondary conditions.

Advocacy efforts for additional funding for SCI research to find ‘the cure’ were lead by Christopher Reeve and others living with SCI and resulted in additional federal and private research funding. Exceptional scientists across the country and around the world were finding new treatments and now could begin the tenuous process to bring their findings to human clinical trials. These included rehabilitation treatments designed to optimize the function of the intact muscles nerves and work to ‘recruit’ other muscles. This Activity Based Therapy has become best practice today.

By now we knew that there could be a cure, the question was WHEN.

Fast forward to today. Emergency care, surgical intervention and rehabilitation treatment continue to improve and have resulted in a significant increase in those who see recovery after injuries and are considered incomplete. According to the federally funded National Spinal Cord Injury Database, over half of all SCIs are now determined to be incomplete. Technology, including exoskeletons, allow individuals with severe but incomplete injuries to optimize function, including walking. Over the past decade we have learned that even those who were injured many years ago (chronic spinal cord injuries) may benefit from these treatments.

Results of the scientific ‘bench’ research, over the past three decades, are successful in rodent models in three major strategies. These are Neuroprotection, preventing spinal cord cell death caused by swelling and toxic inflammation, Neuroplasticity, promoting growth of nerve cells that remains alive to make new connections and Cell Transplantation, using stem cells to ‘bridge’ the gap between intact nerves to allow messages to move from the brain to the body. Innovation in promising technology and strategies have reached clinical trials and are tested in a variety of subjects, including human clinical trials. We now expect that there will not be a single ‘cure’, but a combination of technology and treatment to improve recovery after spinal cord injury. Learn more about state of the art SCI research.

The question is no longer IF or WHEN, it is HOW it will be accomplished.

Paralyzed Veterans’ Research Foundation has funded scientific research to find a cure for spinal cord injury and improve the quality of life for veterans and others living with SCI for nearly four decades. You can find information about our present funded projects at www.pva.org/research-foundation.