Nearly 30 years ago, President George H.W. Bush signed the Americans with Disabilities Act (ADA) into law on July 26, 1990. The ADA is the nation’s most comprehensive civil rights law addressing the needs of people with disabilities. The law prohibits discrimination in employment, public services, public accommodations, and telecommunications. 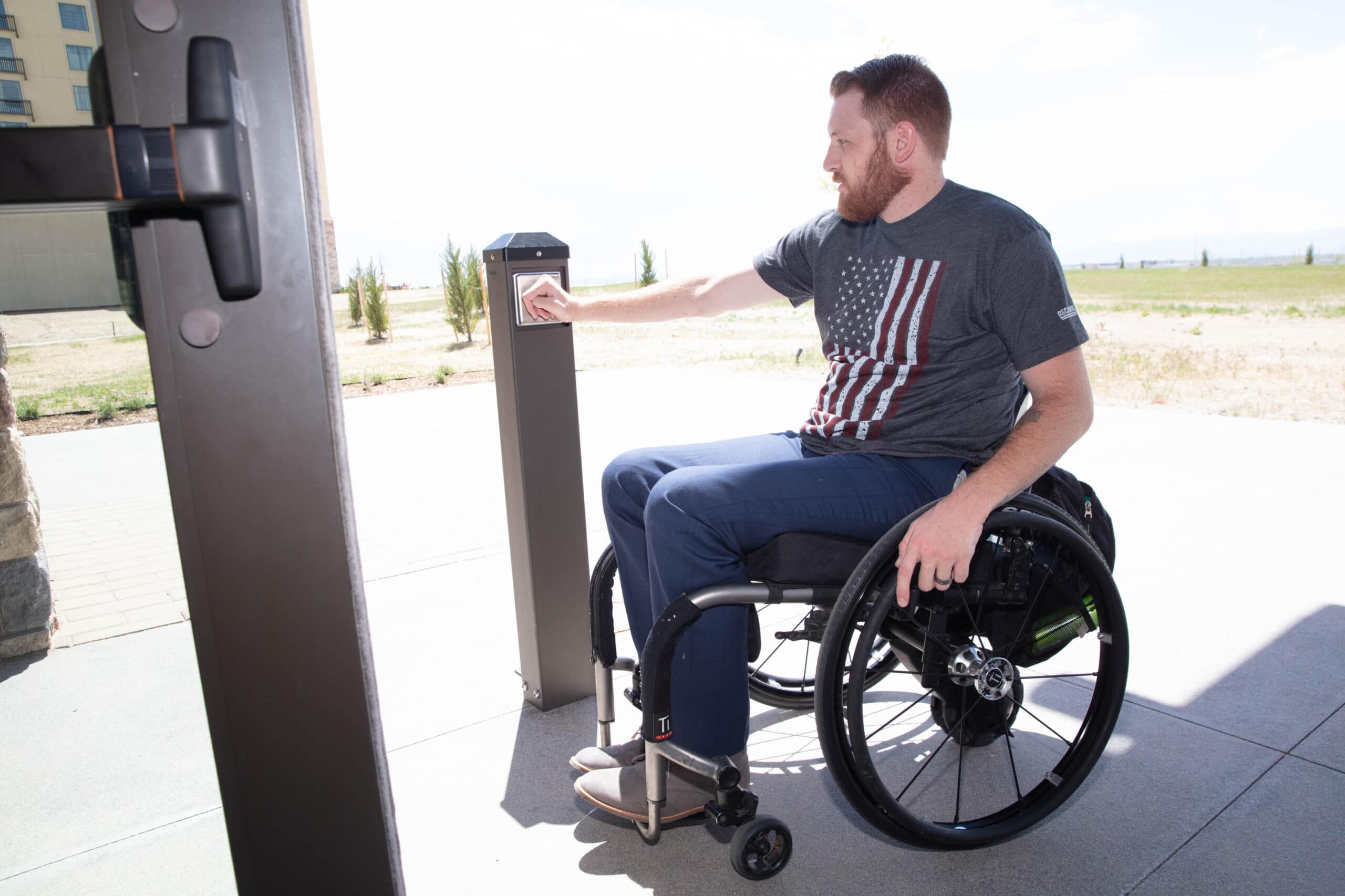 A good first step, although not required, is to alert the public accommodation to the barrier and provide information about how to access ADA technical assistance though the ADA Network. The ADA Network provides free technical assistance to businesses about their responsibilities under the ADA. Specifically, there are 10 regional ADA centers that provide individual assistance, in-person training, webinars, and publications about the ADA. There are also tax credits to help businesses remove barriers, including a specific small business tax credit.

Another good option to seek compliance by the public accommodation is to file a complaint with DOJ. The Department collects complaints filed by people with disabilities and refers them for action to the Disability Rights Section (DRS). DRS may take actions such as pursuing mediation between the parties for a negotiated agreement resulting in the barrier being removed, referring the complaint to the nearest United States Attorney’s Office, or filing suit against the public accommodation.

In recent years, legislative proposals have gained ground that would limit the ability of people with disabilities to enforce through the courts their civil rights to access places of public accommodation. The impetus for these proposals is based on concerns about so called “drive by lawsuits,” which are filed by nefarious attorneys hoping for money to go away, not access from a business.

The House of Representatives passed the ADA Education and Reform Act, H.R. 620, in the last Congress. This legislation would have required a person with a disability to notify a public accommodation prior to filing a lawsuit to enforce their rights under the ADA about a physical barrier. The bill died in the Senate.

PVA is very disturbed by these proposals as they would remove the incentive for public accommodations to apply proactively with the ADA. Although it is a good idea to speak with a business prior to filing a lawsuit, notification must not be required. To do so would allow businesses to “wait and see” if a person with a disability notifies them about a problem before complying with the law. Access for people with disabilities would likely take a back seat to other requirements on businesses.

It is very likely that a notification bill will be reintroduced in this Congress. In an effort to better educate congressional staff about the ADA and the dangers of notification, the Consortium for Citizens with Disabilities Rights Task Force, co-led by PVA, held a briefing in April on the ADA. Education efforts like these are important to combating ADA notification. PVA will continue to fight against notification efforts on Capitol Hill to ensure that when we celebrate the 30th anniversary of the ADA in 2020 that it is still a strong protector of civil rights for all people with disabilities.