Posted By PVA Admin on August 4, 2019
Share This Article

Some friends dared him to jump off a pier. He was 22 years old, and he figured he’d do it – it’s $100, right?  So he dove in headfirst and hit the bottom, shattering several vertebrae. Instead of celebrating his win with friends, he found himself in a New Orleans Trauma Center, paralyzed.

With his sweetheart Brittany by his side, he fought tooth and nail with one goal in mind: he wanted to walk down the aisle with Brittany. She had been there for him during his recovery and rehab, and now he made it his mission to be there for her, standing across from her at the altar, and dancing on their wedding day. With a lot of love, support, and hard work, he was able to. That’s the resolute spirit of Kaleb Wilson.

Kaleb had been interested in joining the military ever since he was a little boy. He was a swimmer in high school, and started looking into programs with the Navy and the Air Force. But it was the Coast Guard that caught his attention. He was drawn to rescue swimming. “I knew it was where I needed to be,” he says. 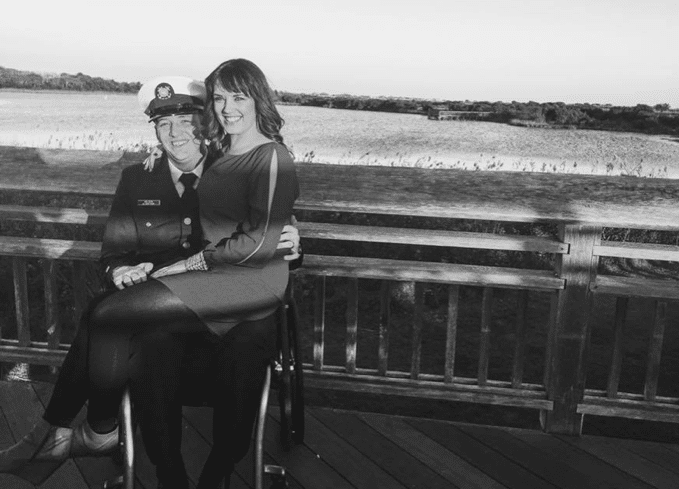 He was a part of the Coast Guard for three years. After he graduated from boot camp he was assigned to a station in New Orleans, where he worked doing search and rescue missions, intercepting drug shipments, escorting vessels into the Gulf, and patrolling rivers and lakes. He loved his job, and he enjoyed the culture in New Orleans. He was a young man enjoying his career, living in a lively city, in love with a beautiful girl. Kaleb was on the list to go to “A” school in November of 2012 when he took that fateful dare that landed him in a wheelchair.

Becoming paralyzed presents a whole host of challenges, of course, not just for the injured, but for those closest to them. Kaleb and Brittany had to work together with trust and focus in order to adjust to their new normal. They relied on each other, and became stronger together. He proposed in 2013; they married in 2014, both of them standing for the ceremony.

They also relied on Paralyzed Veterans of America. During rehab and recovery, PVA helped Kaleb with benefits information, and later on, with vocational rehab benefits allowing him to return to school to pursue a chemical engineering degree. A couple of years ago Kaleb competed in the National Veterans Wheelchair Games in swimming, and was inspired to join the Mountain State chapter of PVA, serving on the Board and as Treasurer.

He has attended two Games so far, most recently in Louisville, where he brought home seven medals in swimming, rugby, and field events. “It’s nice to be around people who are in a similar situation as I am, who understand what you are going through,” he says. “Brittany loves it, too, because she gets to socialize with other wives who know what we’re dealing with, and we get to come together with friends who live around the country.”

He and Brittany are in the process of moving to Illinois, where he will transfer his membership to the Vaughn chapter of PVA and do some volunteering for fellow veteran Noah Currier with his Oscar Mike Foundation.

“It’s not just money that keeps these programs running, it’s volunteers, too. I don’t want to be somebody who just takes, takes, takes. I want to give back.”

Today, Kaleb is a loving and happy husband, and delighted father of two little girls. He is also a proud veteran of the United States Coast Guard.

“Seven years ago I sustained my injury that ended my time actively serving in the Coast Guard, but that did not take away the fact that I still am a Coastie. I still feel at home around my fellow Coasties; I still feel connected in the way I always have. I may not serve beside them anymore, but I will always be a part of them!”