Posted By PVA Admin on February 12, 2018
Share This Article

Gene Crayton was born on a southern Illinois farm, 15 miles north of where the Ohio and Mississippi river’s meet, The fifth of six kids, Crayton learned early about duty, service and a hard day’s work. His father, a share cropper, died when he was two years old and it was up to his mother to keep the farm going and raise the family. 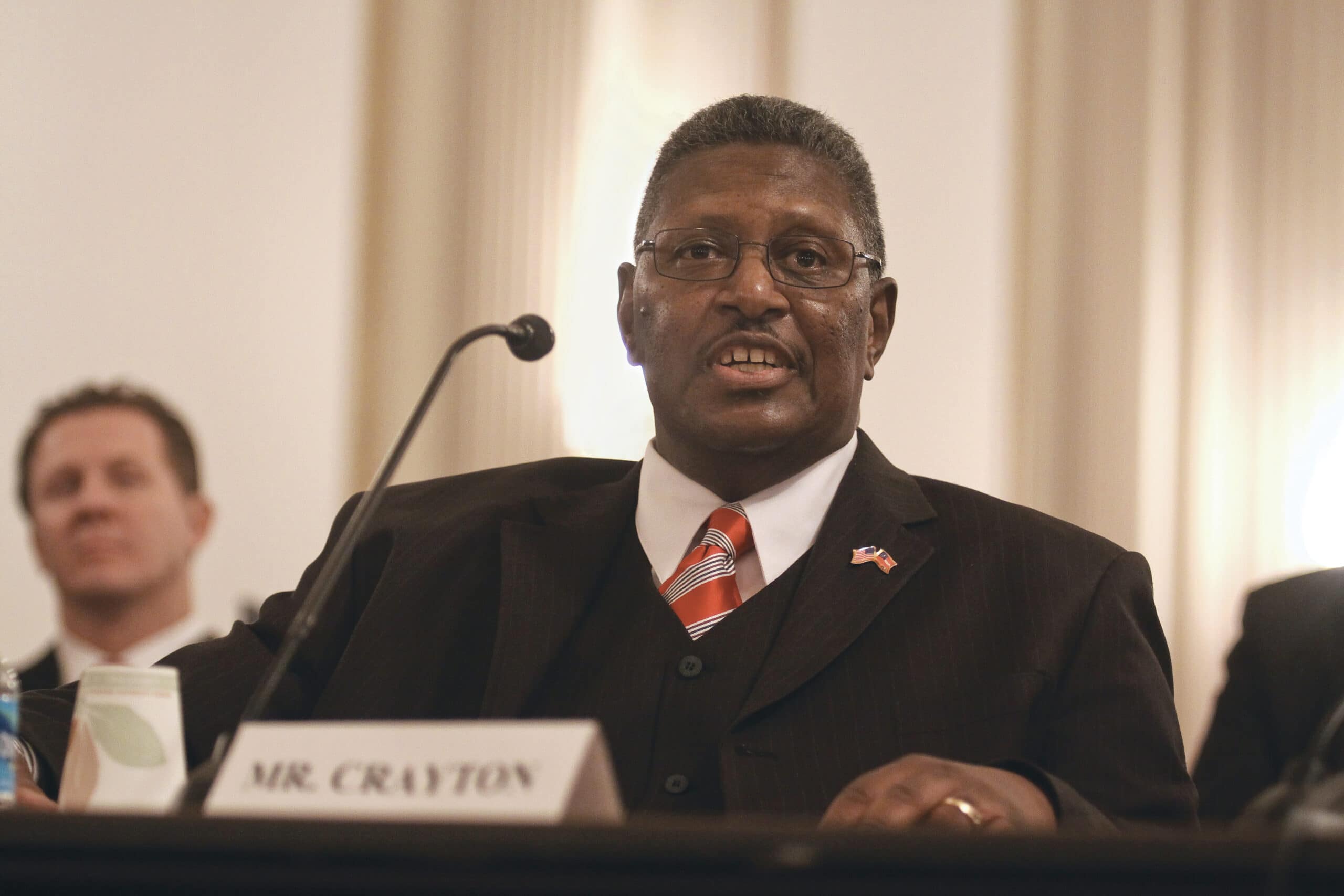 Crayton’s sense of service followed him throughout his early life and at the young age of 17, during his junior year of high school, Crayton enlisted in the U.S. Navy Reserve. After graduation, he entered active duty where he attended Hospital Corps School at the U.S. Naval Hospital in San Diego, on his way to becoming a corpsman.

Crayton soon reported for a training aboard the U.S.S. Purdy where he spent his time working in the sick bay. It wasn’t long after the Purdy that the young sailor would be called to serve in Vietnam.

Crayton was assigned to the 26th Marine Regiment to serve as corpsman. Since the Marine Corps has no medical personnel of its own, it has historically forged a tight bond with the Navy.

Typically referred to as “Doc,” a Navy corpsman will train alongside their Marine unit, often doing the same type of tactical training and physical fitness training as the Marines.

Crayton ultimately served during the Tet Offensive where he saw many tragic injuries and saved numerous lives. His unit was awarded the Presidential Unit Citation for its extraordinary heroism in action.

“One thing that I don’t think many people talk about, but when I was in Khe Sanh, Vietnam right before the Tet Offensive started, I had never seen a place so beautiful in my life,” Crayton recalls.

“The banana trees and the different colors of the foliage and the birds. And then of course, Tet hit and all of that changed. I think, if you want to talk about anything, the experience was an extension of my learning as far as culture is concerned. Remember, I was a 17-year-old kid when I went to boot camp. I learned about different cultures and learned how to take care of myself.”

After leaving active duty, Crayton moved to St. Louis, where he was assigned to the local Marine Corps Reserve unit. Respiratory therapy was a new field at that time and Crayton took a job at Deaconess Hospital.

“At the time, there were only 200 registered respiratory therapists in the United States,” says Crayton. “So, people that had training were in demand. When I went to apply they asked me when do you want to start to work?”

Crayton held that job until an automobile accident left him a T-5 paraplegic. He was honorably discharged from the Navy not long after and left wondering what would come next.

“I was injured when I was 21,” says Crayton. “After going through the post-injury depression and all of that, I adapted the attitude that I can do it. That attitude ultimately gave me my life.”

“I had no freedom, no independence, I didn’t drive, I wouldn’t go anywhere unless someone took me,” says Crayton. “After the change, I got out, found my own apartment, learned to drive and had a couple of jobs before discovering Paralyzed Veterans of America, which lead me to where I am now.”

Like so many veterans before him, Crayton discovered the resources and camaraderie of Paralyzed Veterans of America (Paralyzed Veterans) and it wasn’t long before he fully inserted himself into the Gateway Chapter. There, he learned about the organization, traveled to Washington, D.C., for legislation testimony and quickly rose in the ranks of the organization ultimately serving as chapter secretary, president and national director.

It was an opportunity to better the organization and help other people,” says Crayton. “But I don’t think I had a very successful presidency to be honest with you. I look back on it now and believe the things I was trying to accomplish were right, but I just went about it in the wrong way. I tried to be responsive to everybody … no one was too big and no one was too small for my time.”

Crayton wouldn’t change a thing and credits Paralyzed Veterans for helping shape the man he is today.

“Being with the Marines certainly taught me discipline,” says Crayton. “I’m not sure it [military service] affected my life as I am now. I give the credit to Paralyzed Veterans and the positive influence over the man I am now. Paralyzed Veterans taught me many skills on being a better leader, how we lobby for the veterans and their benefits and I had a chance to see some of the most prestigious events in and around our nation’s capital.”

As we honor Black History Month, Crayton reflects on the men and women who blazed a trail before him and continues to advocate for education and employment; two of his most passionate platforms.

“Growing up, I heard a great deal about Booker T. Washington, who was before my time, but nonetheless was a strong voice of the African-Americans post-slavery,” says Crayton. “Of course, I enjoyed hearing the teachings of Dr. Martin Luther King, and as time went on I learned about some of the athletes and the contributions that they made, such as Joe Louis, who was known for his contributions to the United Service Organization (USO). I absolutely enjoyed the stories of the Tuskegee Airmen and had the honor of meeting a few of them over the years. They blazed the trail for other African-American pilots.”

Crayton encourages young African-Americans to enlist in the military, but to get a military occupational specialty that will benefit a secure civilian livelihood.

During Black History Month, Crayton has a deep appreciation and respect for the men and women who helped blaze a trail for him. He follows their example by advocating for education and employment for African-Americans, which are two of his most passionate platforms.

King once said, “Life’s most persistent and urgent question is, ‘What are you doing for others?” It’s safe to say Crayton has spent his life working on a great answer to King’s question.