Posted By PVA Admin on November 29, 2022
Share This Article 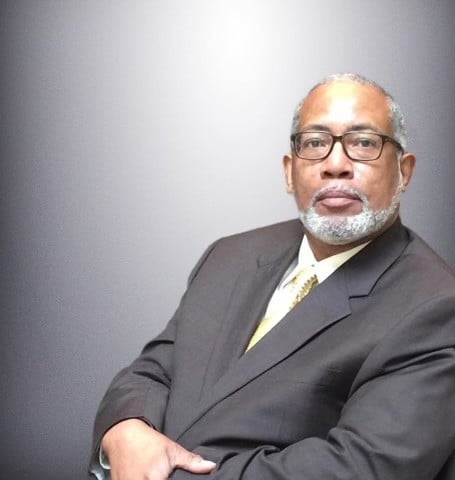 Please introduce yourself and say a little bit about yourself.

I know you’re a member of PVA yourself, so I wouldn’t do this story justice if I didn’t begin there. Tell us a little bit about your story and how you found out about PVA.

I was injured in April 1983 and after surgery. When I was stable, the military flew me to Augusta, GA to the VAMC [Department of Veterans Affairs Medical Center] for rehabilitation. After being there for approximately 4-5 days, a national service officer came into my room, introduced himself, and said, “Don’t worry about it, I’m going to take care of everything for you.” And at that point, he made sure all of my paperwork was completed and found. After being discharged from the Medical Center, I began to get active with the local PVA chapter and continued to move through the organization.

The primary responsibility of the Region Director is to serve as the supervisor while overseeing the day-to-day operations. I supervise 22 officers and right now, 39 employees. These 39 employees include three area managers and one administrative assistant. The regional directors are responsible for conducting ongoing evaluation of programs, office productivity, staff performance, and reviews. The regional directors are also responsible for maintaining an excellent rapport with the chapters and the national service officers under our supervision. We work closely with the medical monitors from the Medical Services department. Plus, regional directors, like myself, work with Veterans’ claims and in my office, I personally have 600 power of attorneys on clients and I am responsible for ensuring these cases are reviewed and any action necessary is completed.

Wow, that sounds like a lot of cases!
It is. It keeps you busy.

How do you manage all of that?

Time management. You learn how to do administrative duties that relate to Region Director as well as the service officers. You have to learn how to juggle that.

I can imagine that. I also suspect that you coming at this from not only a Veteran’s perspective, but also from the perspective of a paralyzed Veteran. How do you think your background and experiences have affected how you relate to the Veterans you work with?

Well, I think having a severe disability (in my case, paraplegia, the loss of use of both of my lower extremities) and now working shows our nation’s Veterans that if I can do it, they can too. You cannot sit and have a pity party. You must have faith and keep moving on.

That’s really powerful stuff, and I’m sure you’re a great example to them. Is there a time that sticks out to you where really made a difference in a Veteran’s life or their family’s?

We handle a lot of cases, including ALS cases. As you know, with ALS, these are considered terminal cases and their condition progresses very quickly. I had a Veteran and his spouse approach me about assisting them with benefits. This Veteran did not have the required active duty time. However, during our initial conversation, he said he had a claim pending for a service connection [injury], due to his ALS. I knew the claim would be more than likely denied since he did not have the active time. His time in the military was considered basic and AIT time, which means he did not have the required ninety days of active duty.

I explained the laws and regulations to him, and during that time, he informed me of his MOS (military occupational code), which was artillery and he was around a lot of noises. And then he told me he’s having ringing in his ears. Within a few weeks, the VA denied the service connection for his ALS since he did not have the required time, so I asked him to get a medical opinion from his audiologist saying that the ringing in his ears was tinnitus, and he had bilateral hearing loss. The opinion gave us a good rationale that the ringing in his ears was due to the noise exposure while he was in the military.

I submitted his claim, although the VA also scheduled him for an exam. The examiner said the disability was related to service.  Now keep in mind the VA originally denied his service connection claim because he did not have the required time, but when I came forward and got him service connected for his tinnitus, then he was declared a Veteran in the eyes of the VA. At that point, the VA granted him service connection for his ALS, which opened a lot of doors for him. Not only is he 100% service connected, he also has the entitlement to special adaptive housing, and the automobile grant, which will give him an accessible home and car so he can get around. That one sticks out to me, because otherwise, he would not have been considered service connected and had access to those things.

It’s really incredible you were able to do that for him! Do you have a lot of stories like that?

Quite a bit. Each case is different. You have to sit and listen and think about what is going to be best for the individual, because again, no two cases are going to be the same.

Well, I have three area managers that work directly with me, and one administrative assistant, so I’m able to share the workload with them. As far as the management standpoint with them, they’re able to assist me in making sure that whatever tasks I have are completed. In regards to the almost 600 cases I have, I try to start off my morning by doing the Region Director’s duties and then move forward to the service officer duties trying to take care of the clients we represent.

That makes a lot of sense. You mentioned you were an NSO since 1995, so I imagine that you had to work your way up to the role of Central Region Director. What’s been the progression of your career?

I’ll start off with a little background. I started off in 1990 as the Volunteer Liaison Officer for my local PVA chapter. After five years of doing that, a very close friend of mine informed me he was transferring to our office in Tampa and he suggested that I apply for his position in Montgomery, AL. I applied, and in September 1995, I was selected as the national service officer candidate. From a candidate in 1995, I worked my way up the ladder from National Service Officer II, National Service Officer III, Senior National Service Officer, Area Manager and now Central Region Director.

Switching gears from outside of work, what is it you like to do for fun?

I’m a big sports fan. I really like football, especially the Dallas Cowboys. I also like fishing and travel.

You said you were based in Alabama. How did you come to be a Dallas Cowboys fan?

Awesome! Before we end this call, I have to know, what your favorite military movie, and why?

Sergeant York. I believe the movie was made in 1941. Howard Hawks stars in the movie. It’s the story of a real life First World War soldier out in York, who I think is from Tennessee, who had hoped to enlist in the military. But then he proved himself on the battlefield as a sharpshooter and wrestled with the killing gift that God gave him. I believe every soldier should be like this individual, proving him or herself not only out in the best not only in the battlefield but in life.

That’s an interesting pick. I was not expecting it to go back that far. As we wrap up, is there anything else you would like to say?