Jennifer Steele, 38, was a sergeant in the U.S. Army for four years. During that time, she served on a patriot missile crew for five months at the beginning of the Iraq War.

It was during her service that Jennifer started noticing some difficulty with movement. She started to trip and fall when she was running. A battery of tests followed, and at 23-years old, Steele was diagnosed with multiple sclerosis and given a medical discharge.

Still wanting to serve others, she worked as an EMT back in the U.S. until lifting her patients became too difficult. The disease had progressed leaving Jennifer unable to work at all, and anger and depression set in.

A therapist suggested Steele attend the National Veterans Wheelchair Games. Although it was years later when she decided to go, she says the choice “really made me feel alive again” and credits Paralyzed Veterans of America with introducing her to the adaptive sports that changed her life. 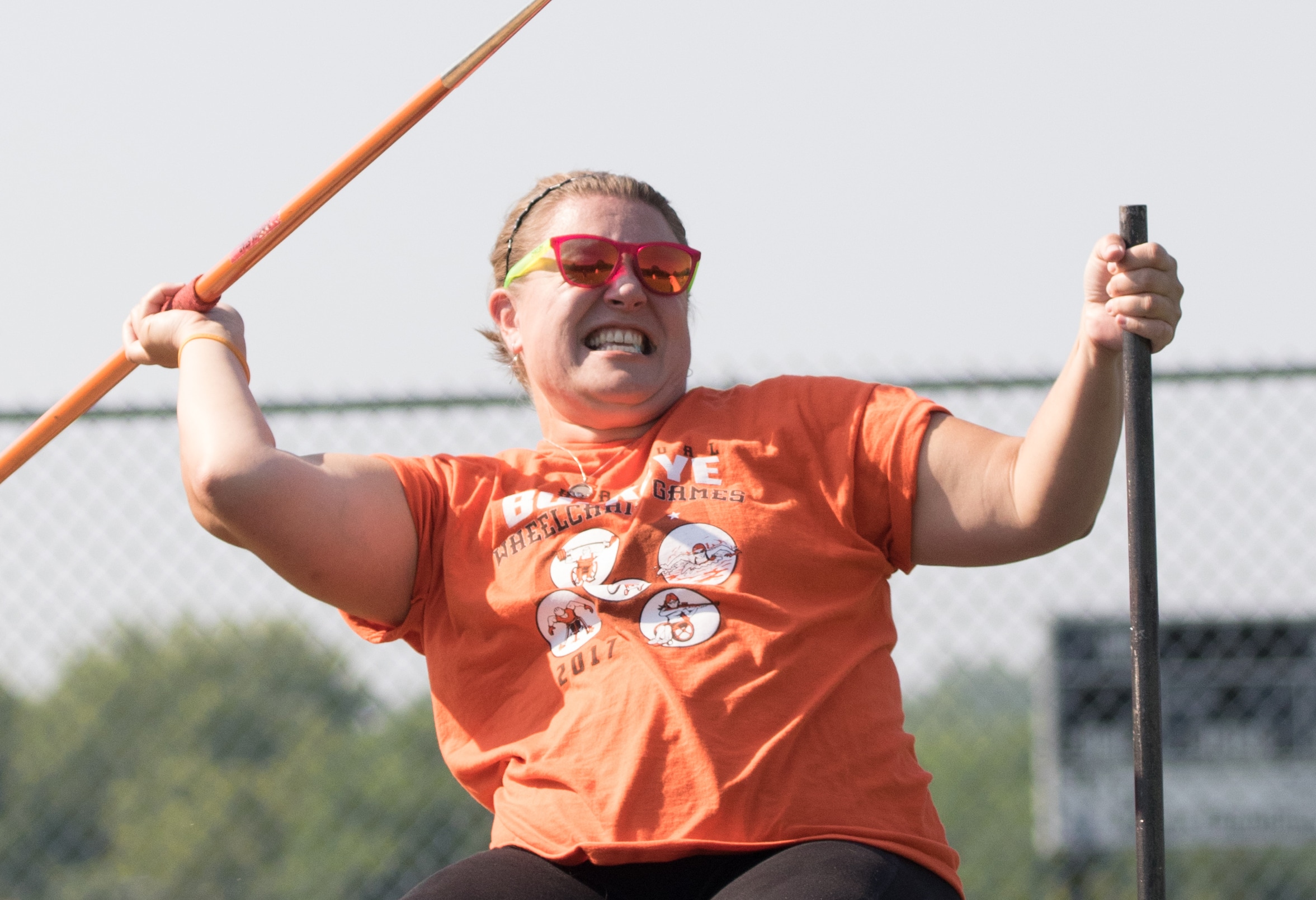 Remembering the first time she played wheelchair softball still brings tears to her eyes. “It was like getting a part of myself back that I thought I had lost forever!” Steele says. For the first time in 18 years, she resumed her role as a catcher, the same position she held on her high school varsity softball team.

In 2019, Steele will attend the Wheelchair Games for the third time and compete in wheelchair slalom — an event she trains for by pushing herself non-stop, for nearly five miles, along a gravel and dirt path near her home. Discus, javelin, shotput, bowling and of course softball, are also on her competition schedule.

Steele loves competing and seeing so many fellow veterans at the Wheelchair Games. There is a family-like bond they share, “We understand each other in a way that others don’t,” says Steele. “You learn your life is not over. You may have lost a lot, but this will give you joy that you thought you’d never have again!”