According to the Social Security Administration, there are about 9.4 million military veterans receiving Social Security benefits, which means that almost one out of every four adult Social Security beneficiaries have served in the United States military. That means millions of men and women who raised their right hand and took the oath to protect democracy also paid into a system that promised them financial support upon reaching retirement age or becoming too disabled to work.

Most of these veterans are over age 62 and had served during the Vietnam War or earlier. They served their country and upheld their part of the deal; now it seems our government’s part of the transaction was written with disappearing ink.

In a secretive move hidden in a rules change, the leadership in the House of Representatives has created new hurdles to fixing the Social Security system and essentially laid the groundwork for cutting disability insurance benefits by 20 percent in 2016. First, though, a bit of background education for the laity is in order.

Those of us who see “FICA” on our pay stubs pay into a trust fund that allocates monies to beneficiaries who fall into either the old-age or disabled category for Social Security entitlement purposes. Since these resources are not infinite, Congress has had to change how much is distributed to each of the two pots in order to ensure the trust fund remains solvent — in other words, keep paying benefits to those who often rely on every penny for the necessities of life.

This has always been done in a bipartisan manner and has kept America’s promise to her veterans receiving social security benefits while sustaining the system for decades. If this simple rebalancing is used again to put the entire Social Security program on an equal footing, benefits will remain payable at least until year 2033. Without this reallocation, Social Security disability insurance benefits face the aforementioned 20 percent cut in 2016. However, the House leadership has created a Hobson’s choice with its adoption of a rule that says – “we will prevent the 20% cut in disability benefits but only if we cut benefits or raise revenues.” And we all know what the likelihood of that latter action is going into the 2016 election year.

With the country coming fresh out of an era that saw the terrorist attacks on September 11, 2001, followed by the longest war in its 235-year history, one might assume that any benefits that accrue to our nation’s veterans, particularly the most vulnerable, are worthy of preservation. After all, if citizens do not believe those they protect by volunteering to serve will, in turn, afford them some semblance of protection when they need it, military service will not seem as attractive a career option.

In World War II, 11.2 percent of the nation served in four years. In Vietnam, 4.3 percent served in 12 years. Since 2001, only 0.45 percent of the American population has served in the wars in Iraq and Afghanistan. Characterizing these men and women as recipients of unearned benefits and eroding the safety net to which they contributed is no way to ensure an adequate fighting force for future conflicts.

By re-balancing the Social Security Trust Funds using a simple adjustment in the amount of payroll taxes going into the retirement and survivors and disability trust funds, and doing so without any new taxes or cuts in benefits, Congress can ensure the stability of the system for the next 18 years and the readiness of our military by making service an attractive career option. But if Congress stays on its present course, we may get neither. 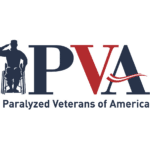