The National World War II Memorial in Washington, DC, is dedicated to the Americans who served in World War II and all of those who supported the war effort at home while memorializing the nearly 400,000 who died in service. The memorial is located on the National Mall opposite the Lincoln Memorial at the east end of the reflecting pool. President Bill Clinton authorized the creation of the memorial in 1993, after which architect Friedrich St. Florian won a national design competition. The memorial was opened to the public on April 29, 2004.

The primary area of the memorial is an elliptical plaza that contains a water pool with fountains to create a serene, contemplative environment. Pillars along its sides represent every state involved in the war effort. Each pillar includes a bronze bas-relief illustrating the war in Europe and the Atlantic (on the north side) and the war in the Pacific (on the south side). Most of the illustrations are based on historical photographs of war scenes and imagery of the war effort on the home front.

On the ends of the north–south axis of the ellipse, two tall pavilions mark the center points on the north and south sides of the plaza. They incorporate bronze baldachins, bronze columns bearing American eagles, World War II victory medals, and inscriptions noting the victories in the Atlantic and Pacific theatres of operations.

The design encourages visitors to traverse through all areas of the memorial to experience the full scope of the war. The multi-level design required prioritization of accessibility, to ensure the memorial is available for all to experience. 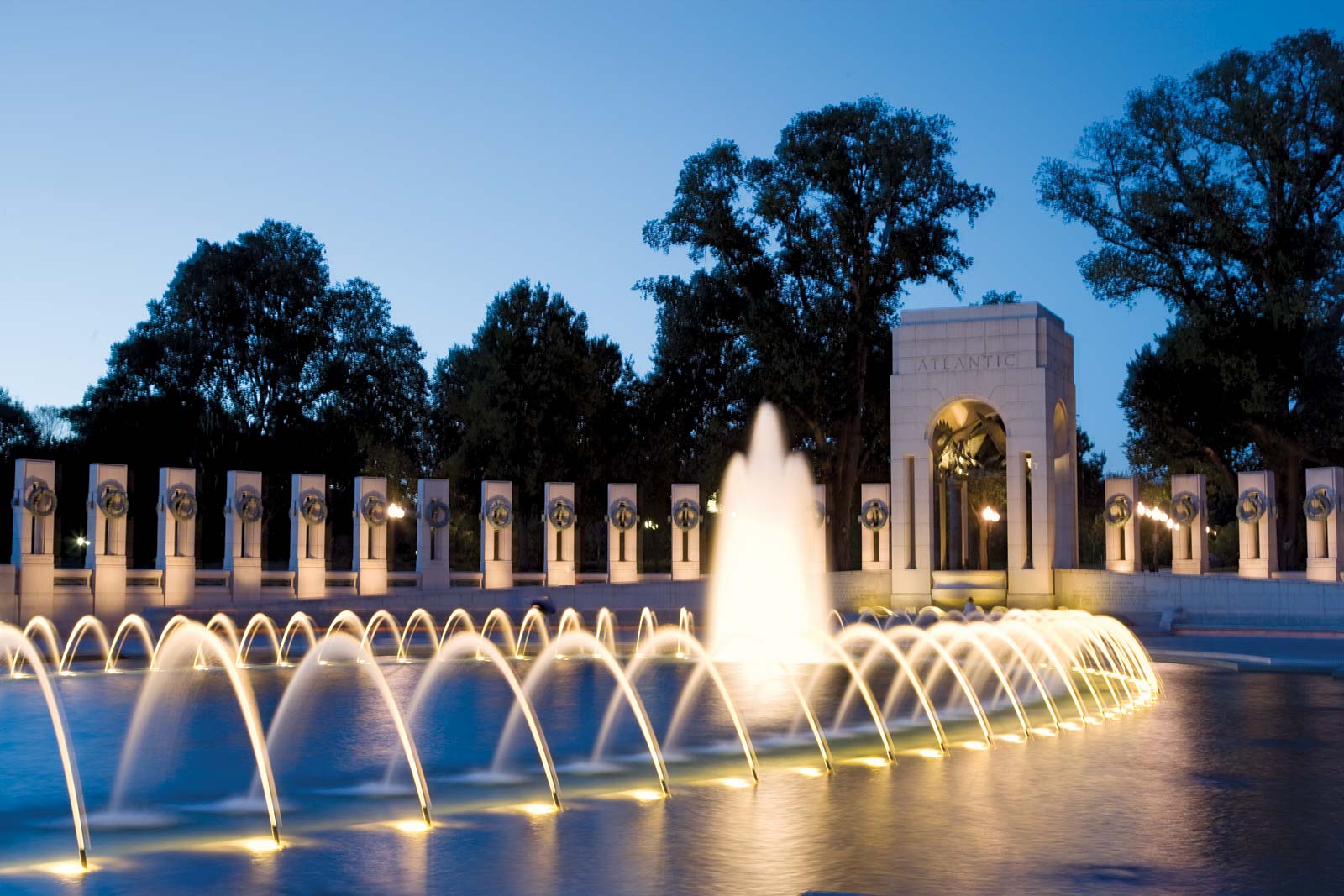 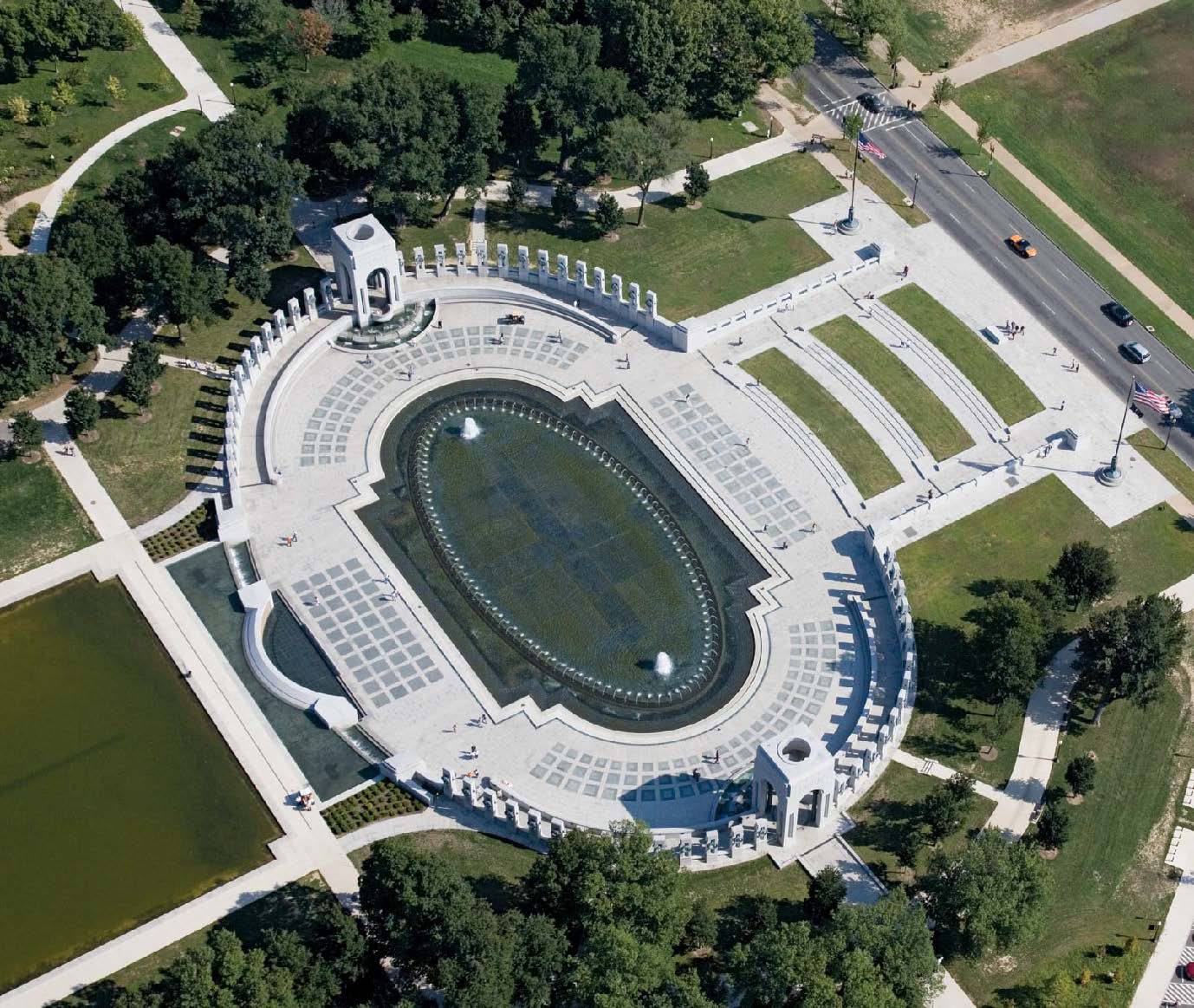 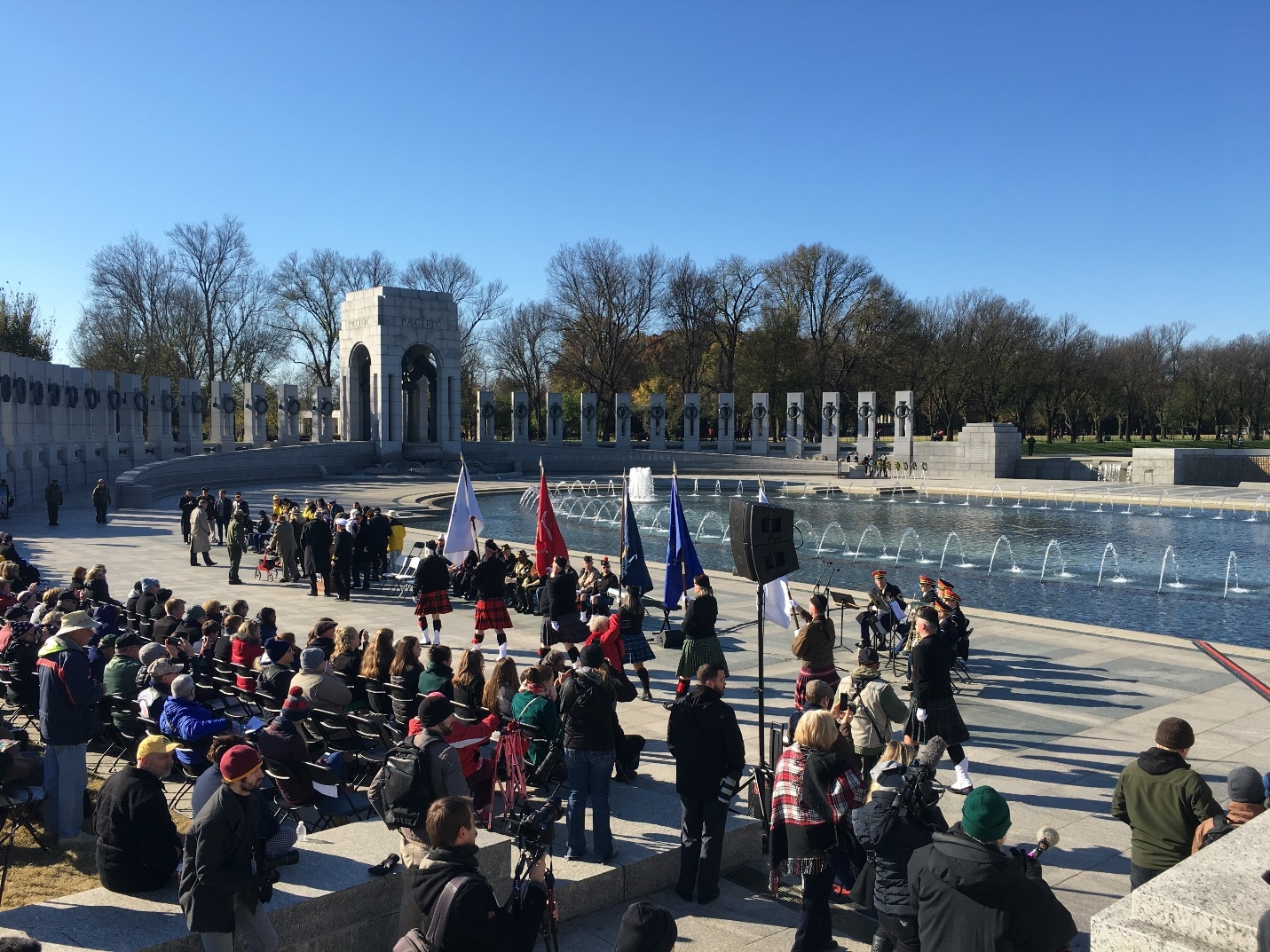 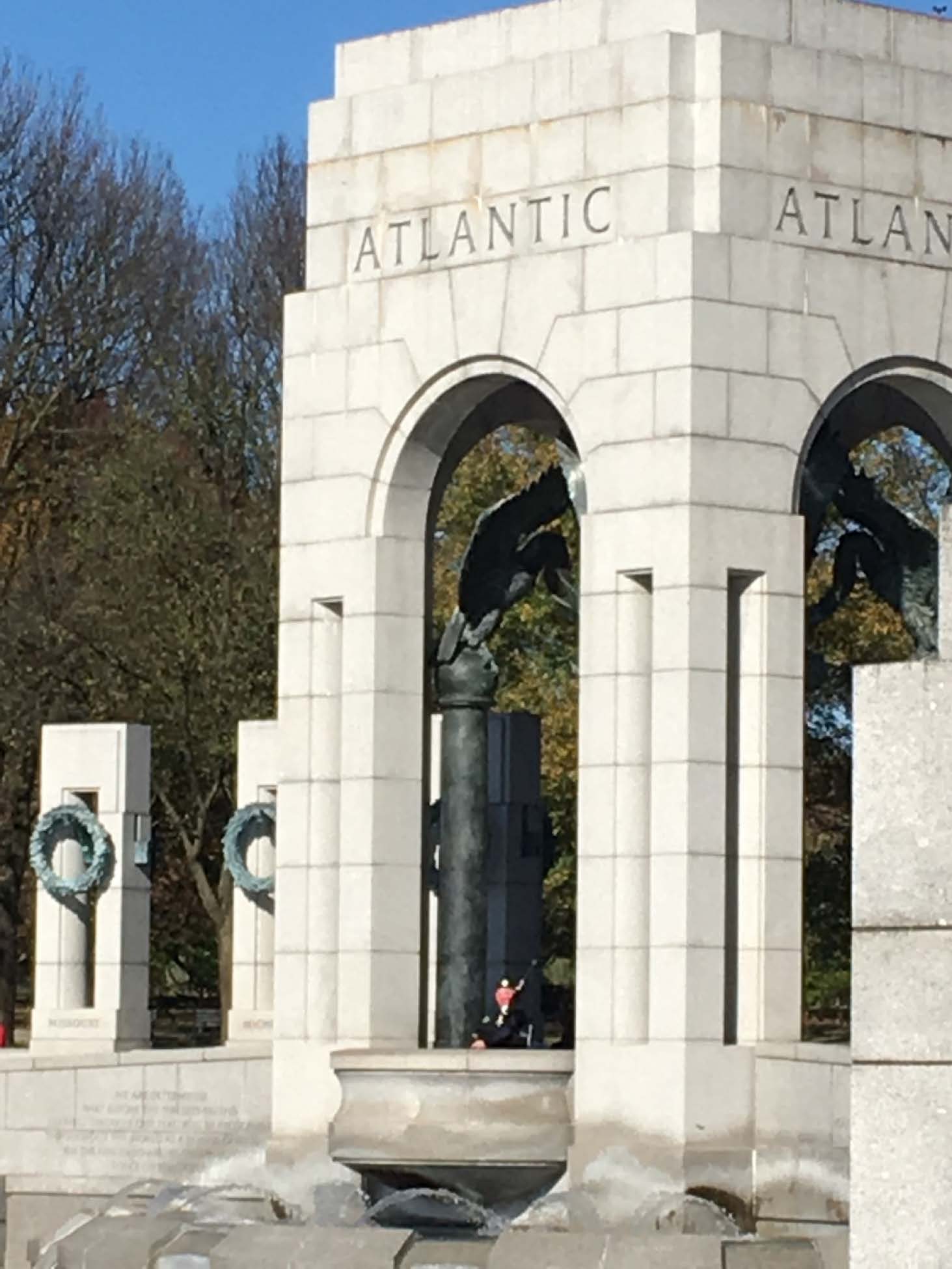 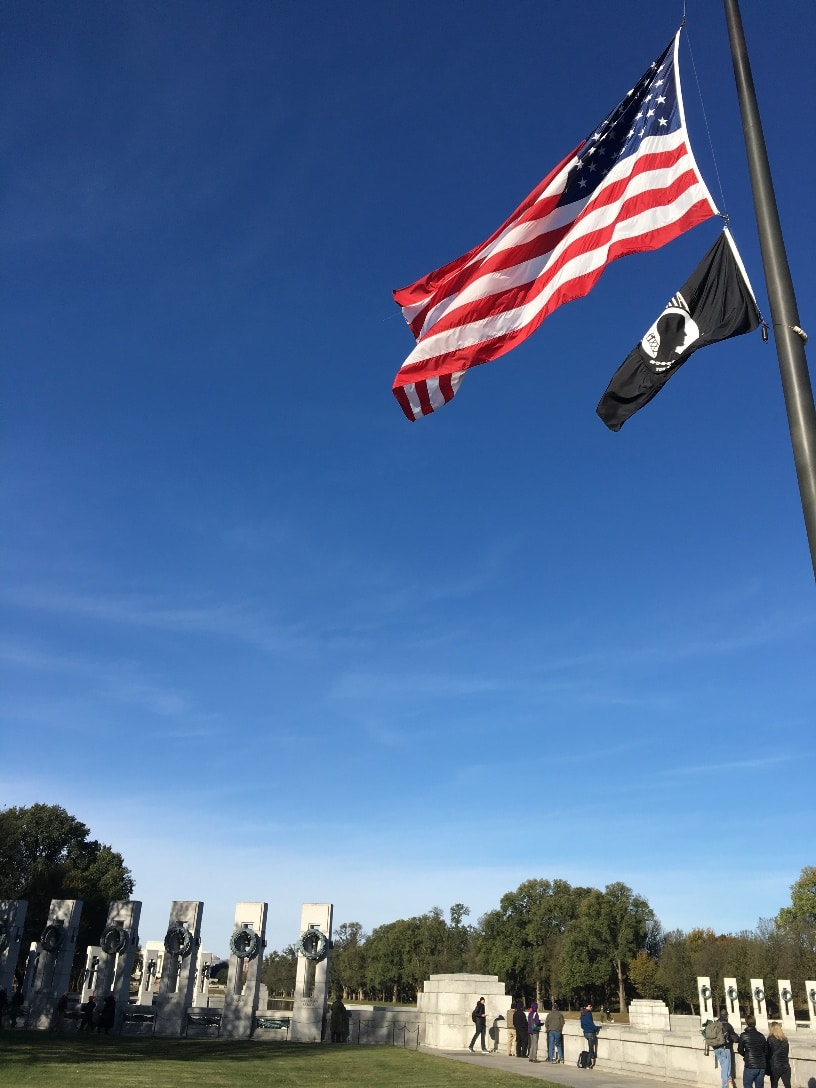