Architects, designers, facility owners, developers, and other key decision-makers play an important role in removing the barriers that people with disabilities face everywhere, every day. Accessible design can help those with mobility impairments maximize their independence—from the elderly person who relies on a walker, to parents pushing strollers, to the paralyzed veteran using a wheelchair.

Since 2001, the Barrier-Free America Award has recognized exemplary accessible architectural design projects, and the people responsible for their success. With this annual award, Paralyzed Veterans of America seeks to uphold exceptional accessible design while spreading the word about equal access as a civil right. For more information, contact PVA Architecture at (202) 416-7645 or pvaarchitecture@pva.org.

This year's Barrier Free America Award will be awarded to the Kennedy Center for their continuing efforts to go above and beyond to provide accessible spaces for their patrons. The Kennedy Center, located in Washington, DC, is a historic theater that has worked with PVA in the past to ensure that their renovations are made with accessible design in mind. The Awards were given at the Center.

Dedicated by President Franklin D. Roosevelt as a tribute to World War I veterans, Soldiers Memorial now has ramps, elevators, and tactile exhibits so all visitors can share the museum experience together. The design by Mackey Mitchell Architects incorporates these accessible features while sensitively preserving the building’s unique art deco detailing. Today, the museum not only meets, but exceeds, ADA standards—no small feat for a historic building that opened in 1938. Learn more and view photo gallery.

Prior to the renovations, visitors with mobility disabilities had to enter the mansion through the basement, at the back of the building. Now wheelchair users and all those with disabilities can enter via a ramp connected to an existing breezeway, leading directly to the first-floor reception area. Learn more and view photo gallery.

2015
Eleanor Smith
Founder, Concrete Change
Eleanor Smith, founder of the national organization Concrete Change, was honored for her ongoing advocacy around accessibility and the idea of “visitability.” From wheelchair lifts on public buses to zero-step entrances on every new house, her unstoppable vision is to see housing communities that not only allow easier access for people who use wheelchairs but also benefit the elderly, blind, temporarily disabled, and even parents pushing strollers. View photo gallery.

2014
Ed Roberts Campus and DREDF
Berkeley, California
The Ed Roberts Campus is named after the late Ed Roberts who, throughout his distinguished career, led the movement in California to bring people with disabilities into the mainstream of society. The 82,000-square-foot building sits atop a Bay Area Rapid Transit (BART) station and houses several organizations that serve people with disabilities, including the Disability Rights Education & Defense Fund.

A major goal of this campus was to build a noninstitutional, barrier-free building that would eliminate the need for exterior ramps for accessibility. The building exceeds existing accessibility codes and demonstrates how accessible design can disappear through seamless integration. Learn more and view photo gallery.

2013
SPIRE Institute
Geneva, Ohio
The SPIRE Institute is one of the most unique sports, fitness, and athletic training complexes in the world—a place that empowers athletes by unlocking the full potential of the human spirit. Designated as an Official United States Olympic and Paralympic Training Site, the $85 million facility not only provides resources, facilities, and programs for Team USA, but is a destination and source of inspiration for athletes of all ages, skills, and abilities.

The award was presented to SPIRE Institute founders Ron and Tracy Clutter. Chris Smith of ThenDesign Architecture, one of the architects behind the design, was also honored. View photo gallery.

2012
Nugent Residence Hall & the Disability Resources & Educational Services Program
University of Illinois Urbana-Champaign
Champaign, Illinois
The DRES Program and the design of Nugent Residence Hall set an accessibility standard for higher-education buildings and structures. The hall’s state-of-the-art amenities include bedrooms with proximity card readers; adjustable furniture; ADA vertical auto operators that can open bathroom and room doors from the inside; and a wireless paging system for notifying staff when assistance is needed.

Nugent Residence Hall is named for Tim Nugent, who pioneered the accessibility changes at the university. Learn more and view photo gallery.

2011
James Roth, The Treehouse Guys, LLC
John Connell, special recognition award
In the past a treehouse would have been off-limits to people with disabilities or the elderly, who may have limited mobility. Through The Treehouse Guys (formerly Forever Young Treehouses), James Roth has built universally accessible treehouses in private camps and public parks across the country.

The treehouses include a universally accessible ramp system that makes getting to the top an easy and enjoyable journey, as well as a structure that allows people of all ages and physical abilities to experience the treehouse together. Roth’s work sends an important message to architects—that the sky’s the limit when it comes to making our nation more accessible. John Connell, the architect behind the first prototype designs, received honorable mention for his work. Learn more, view photo gallery, and watch interviews from the ceremony.

2009
CBT Architects
John Adams Courthouse
Boston, Massachusetts
This marked the first time the award was given for renovation work on a listed historical landmark, demonstrating that a 100-year-old building can be re-adapted for both contemporary judicial needs and accessibility. Like many historic buildings, the John Adams Courthouse was not originally designed to accommodate accessibility for all.

The restoration included accessible solutions that preserved the property’s character. From new entry ramps to wider aisle spacing to Braille signage, the new design allows all people to enter and experience the building. Learn more and view photo gallery.

2008
Antoine Predock, FAIA
Indian Community School of Milwaukee
Franklin, Wisconsin
The Indian Community School of Milwaukee is a privately owned and operated urban intertribal school educating over 300 American Indian children from kindergarten through 8th grade. Access was a core value in the new facility’s design, to remove both physical and educational barriers for students and visitors. Throughout the building, stairs and elevator circulation routes are inclusive and balanced, and wider corridors and main areas accommodate groups of people with disabilities.

Set on 130+ rolling acres, the breathtaking building also serves as a community center—a testament to both its architect and the 12 Indian tribes that brought the project to life. View photo gallery.

2003
Cesar Pelli, FAIA
Ronald Reagan Washington National Airport
Arlington, Virginia
Cesar Pelli’s design has made a tangible difference in the lives of disabled travelers who visit the nation’s capital, knowing that National Airport is accommodating and obstacle-free. The new terminal was designed as the Americans With Disabilities Act (ADA) and the Air Carriers Access Act (ACAA) were being passed and implemented, when most architects and designers were still learning about accessible design. View photo gallery. 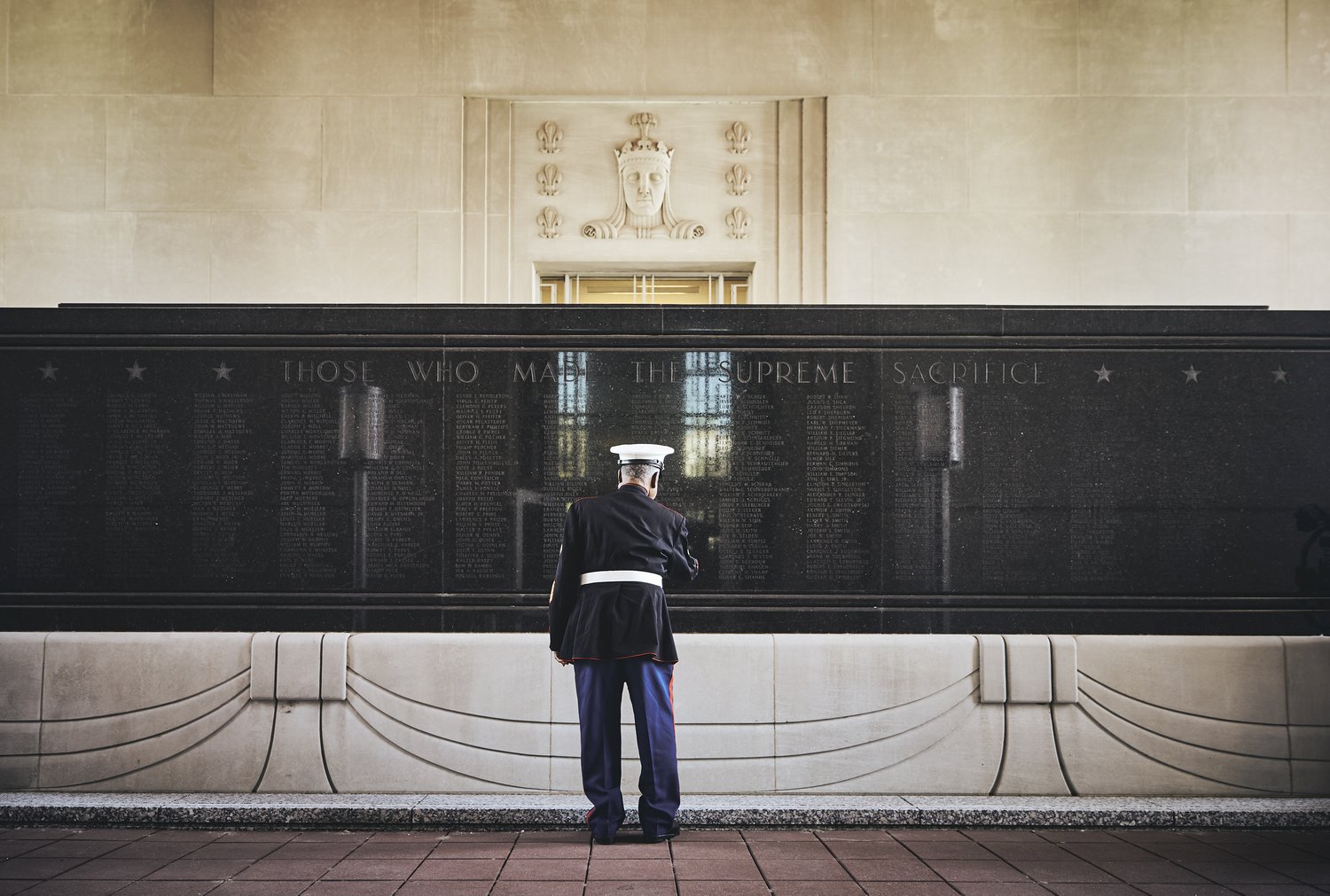 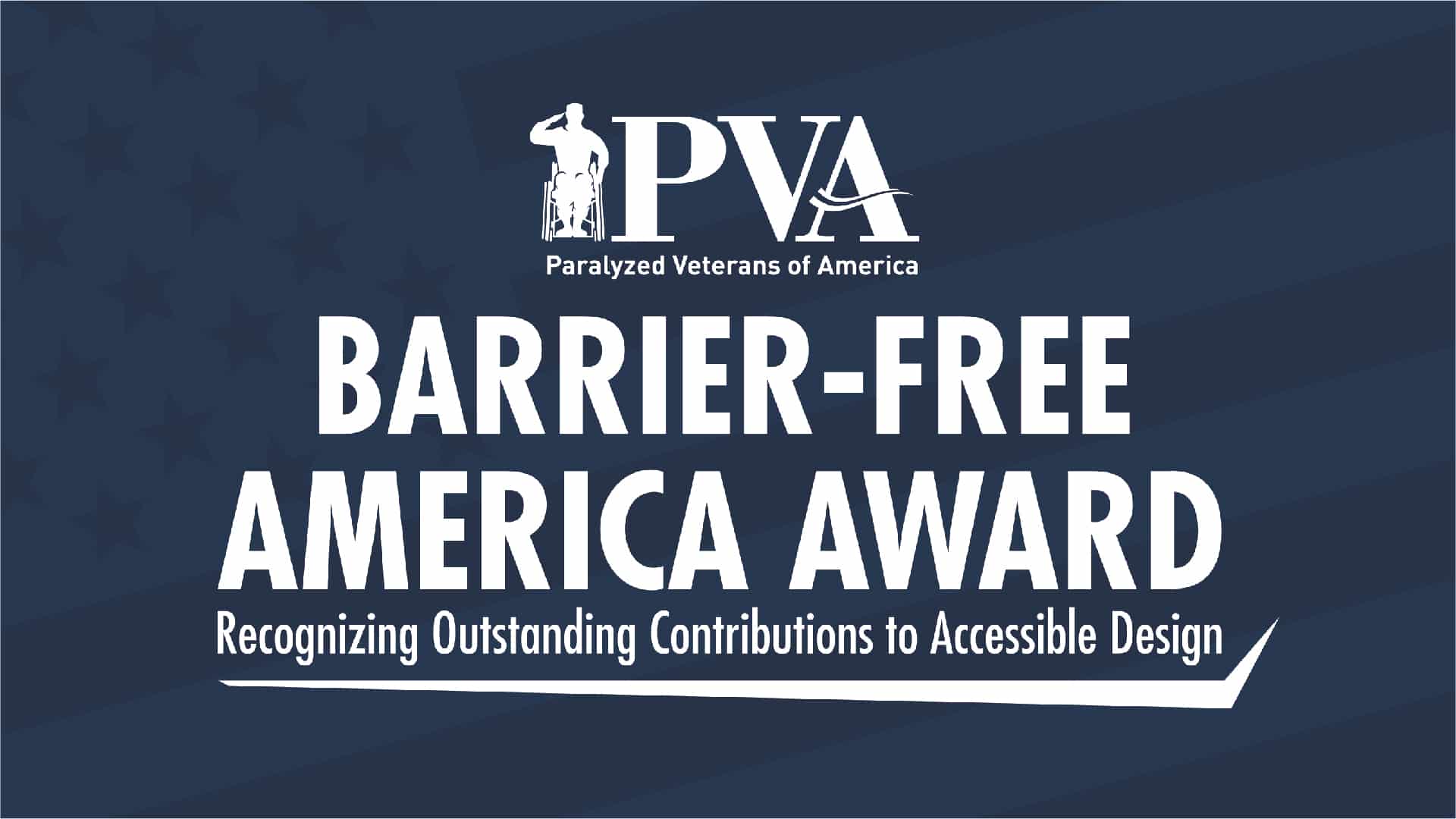