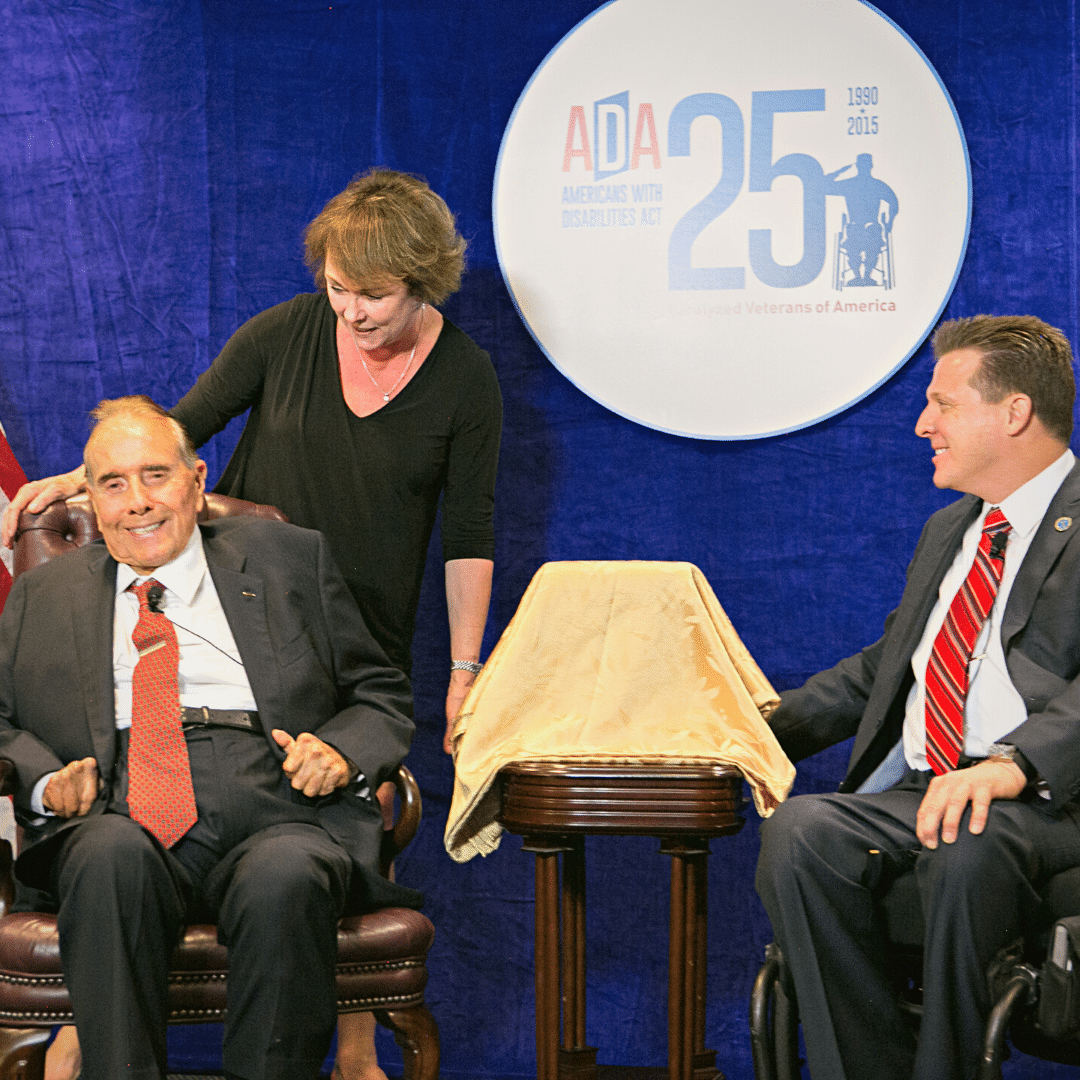 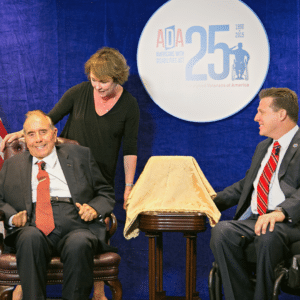 “PVA joins the nation in mourning the passing of Senator Bob Dole and extends our heartfelt prayers to Senator Elizabeth Dole and the entire Dole Family. Prior to becoming one of America’s longest-serving U.S. Senators, Dole served in the U.S. Army and later became a decorated World War II Veteran and two-time Purple Heart recipient. A champion of the Americans with Disabilities Act, he devoted his entire life to advancing the cause of people with disabilities, as well as advocating for servicemen and women who sacrifice their lives for this nation. Following his tenure in Congress, Dole worked tirelessly on seeking U.S. ratification of the Convention on the Rights of Persons with Disabilities.

More than a public figure, fierce advocate, and war hero, Dole was one of Paralyzed Veterans of America’s dearest friends. He was the first recipient of PVA’s Gordon H. Mansfield Congressional Leadership Award for his ongoing support of disabled Veterans, the 2017 Speedy Award recipient for outstanding accomplishments in the field of paraplegia – PVA’s highest honor; and a steadfast supporter. Very few can match his record of service and commitment, but we all can learn from his example.”

About Paralyzed Veterans of AmericaParalyzed Veterans of America (PVA) is the only congressionally chartered veterans service organization dedicated solely for the benefit and representation of veterans with spinal cord injury or disease. For 75 years, the organization has ensured that veterans receive the benefits earned through service to our nation; monitored their care in VA spinal cord injury units; and funded research and education in the search for a cure and improved care for individuals with paralysis.

As a life-long partner and advocate for veterans and all people with disabilities, Paralyzed Veterans of America also develops training and career services, works to ensure accessibility in public buildings and spaces, and provides health and rehabilitation opportunities through sports and recreation. With more than 70 offices and 33 chapters, Paralyzed Veterans of America serves veterans, their families, and their caregivers in all 50 states, the District of Columbia, and Puerto Rico. Learn more at PVA.org.