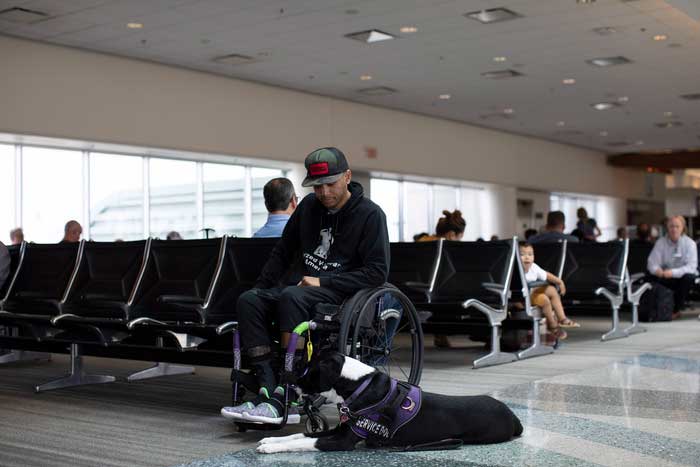 WASHINGTON (January 23, 2020) — PVA Associate Executive Director of Government Relations Heather Ansley issued the following statement regarding the U.S. Department of Transportation seeking public comment on proposed amendments to its Air Carrier Access Act (ACAA) regulation on transporting service animals on aircraft. Once officially published, the public has 60 days to provide comments on the proposed changes to the DOT:

“The proposed rule would mean big changes for all service animal users. Under the proposed rule, airlines would be able to request that passengers with disabilities complete DOT forms attesting to their service animal’s good behavior, health, and training. The recommended changes would also allow airlines to require travelers with service animals to check-in early for their flight. If implemented, these measures would create a new burden for catastrophically disabled veterans who already have to deal with damaged wheelchairs, lack of accessible lavatories, and bodily harm caused from being transferred on and off the aircraft. The proposed rule would also allow airlines to prohibit transport of emotional support animals unless the individual complies will rules and fees for transporting pets. We do not support treating emotional support animals like pets. Instead, we believe there needs to be a balance between enacting requirements to prevent travelers from taking advantage of access rules when flying with animals and limiting access for people with disabilities. Catastrophically disabled veterans already have more than enough access limits in air travel.”