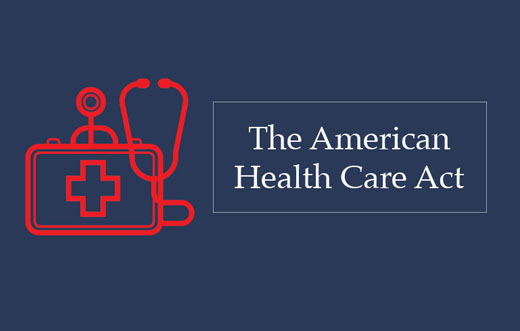 WASHINGTON, DC 5/9/17 — In a May 3, 2017 letter sent to U.S. House of Representatives Speaker Paul Ryan and Minority Leader Nancy Pelosi, Paralyzed Veterans of America  (Paralyzed Veterans) urged the House leaders to reject the latest version of the American Health Care Act (AHCA), citing conflicting information circulating about this legislation and the adverse impact it could have on paralyzed veterans, as well as other veterans with disabilities.

For veterans and Paralyzed Veterans’ members in particular, the letter stated, “the AHCA continues several problematic policies first identified with the Affordable Care Act (ACA), as well as new provisions that could affect the ability of many veterans and their family members to afford health insurance in the private market.  The underlying AHCA bill would purportedly:

By a vote of 217 to 213 on May 4, 2017, the U.S. House of Representatives narrowly approved legislation intended to repeal and replace major parts of the Affordable Care Act. As the Senate prepares to take up the issue, Paralyzed Veterans of America National President Al Kovach, Jr. today expressed hope that the Senate will set aside politics and confront the issues that made both the ACA and AHCA problematic for veterans with severe disabilities.

“Disagreement continues over whether eligible veterans will receive tax credits under the new law or whether the new law will actually prohibit it once enacted,’” said Kovach. “Our Congress needs to take the lessons we learned from unclear provisions in the Affordable Care Act and ensure any new law is better than the status quo for veterans and dependents who have been largely overlooked.”

The measure is now headed to the Senate, where Senate leaders will face a new set of political and procedural challenges that could complicate the final passage of the House bill or will, most likely, require the crafting of an entirely new bill.

“For Paralyzed Veterans of America members and all of the nation’s veterans, health care is not a political issue. It is literally a matter of life and death in many cases,” concluded Kovach. “We are unconcerned with partisan arguments, political affiliations or even the title of the new healthcare law. We simply want our government to get it right.”