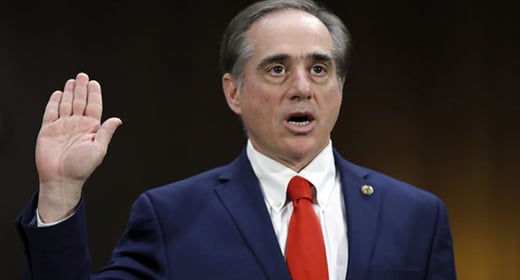 “We commend Secretary McDonald for his willingness to step into the arena after the Phoenix VA scandal. He made great strides in bringing about change against nearly impossible odds. We wish him well in his future endeavors, and we are now looking to the future of veterans’ health care,” said Sherman Gillums, executive director of Paralyzed Veterans of America. “As the incoming secretary, Dr. Shulkin will certainly have his own priorities, which Paralyzed Veterans of America will support, as long as they are in the best interest of our members and all veterans who served our country. His experience as under secretary for health should ensure continuity in improving health care for veterans as the scope of his responsibility broadens. Dr. Shulkin fully understands our priorities and what we expect of VA’s senior leaders, so we’re not starting from square one. We look forward to working with him and the new administration.

President-elect Trump expressed confidence in Dr. Shulkin’s qualifications for the position, stating: “He will do a truly great job.”

Dr. Shulkin was confirmed as the VA Under Secretary of Health in June 2015, and has oversight of more than 1,700 VA healthcare sites across the United States. In this position, he has worked with Paralyzed Veterans’ leadership, and has been a guest speaker at numerous events to open the lines of communication about the priorities and needs of veterans receiving specialized care in the VA’s spinal cord injury centers.