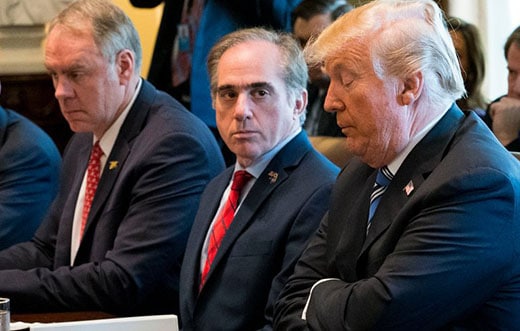 Paralyzed Veterans of America Responds to Removal of VA Secretary

WASHINGTON, DC 3/28/18 — Paralyzed Veterans of America (Paralyzed Veterans) released the following statement today from its Executive Director, Carl Blake, in response to the removal of the Secretary of the Department of Veterans Affairs, Dr. David Shulkin:

“Paralyzed Veterans of America is deeply disappointed by the departure of Dr. David Shulkin as Secretary of Veterans Affairs. Given the vacuum that already exists in the senior leadership positions at the Department of Veterans Affairs (VA), this decision will only exacerbate the challenges VA faces as it works to implement meaningful reforms.

We look forward to understanding more about the qualifications of Admiral Ronny L. Jackson, MD to helm the VA during this critical time. The VA has a broad mission and the Secretary must be someone who is eminently qualified to lead the nation’s second largest cabinet agency. In particular, reforming VA’s health care system to better serve the needs of veterans and their families is of great importance. We encourage the Senate Committee on Veterans’ Affairs to take these concerns very seriously as it considers Admiral Jackson’s nomination.

We thank Dr. Shulkin for his leadership to advance the VA’s mission. Under his leadership at VA we have seen reform in VA health care, sorely needed improvements in the benefits and claims appeals process, and real accountability of the workforce. Veterans owe Dr. Shulkin a debt of gratitude for his service to this country while leading the VA.”