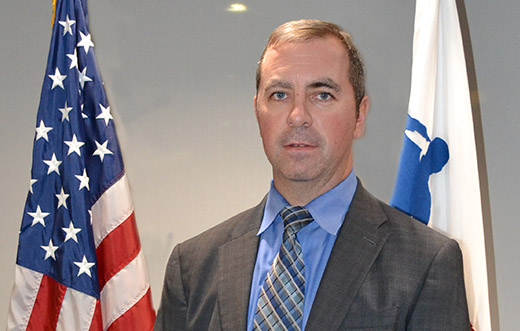 “Carl Blake has shown unfailing dedication and commitment to the members of Paralyzed Veterans of America, all veterans and the greater disability community for more than a decade,” said National President David Zurfluh. “His leadership of our national advocacy and legislative efforts has given severely disabled veterans and their families new hope and opportunities for a better quality of life, families of their own and the benefits they’ve earned in service to our great country.  We are confident he will continue to put the needs and concerns of our paralyzed veterans first, and do everything possible to improve the lives of our members and their families, as well as the lives of all veterans and disabled Americans.”

As head of the organization’s government relations department, Blake has been responsible for the planning, coordination, and implementation of its national legislative and advocacy program agendas with the United States Congress and federal departments and agencies.  He has developed and executed Paralyzed Veterans’ Washington agenda in areas of budget, appropriations, health care, and veterans’ benefits issues, as well as disability civil rights.  He has also spearheaded the consortium of veterans service organization partners who annually plan, author and publish The Independent Budget, a collaborative policy and budget recommendation publication that is presented each year to the United States Congress.

“I am honored and privileged to be asked to carry the responsibility of advancing the mission of Paralyzed Veterans of America,” said Blake.  “As a Paralyzed Veterans’ member, I take seriously the organization’s commitment to the men and women who rely upon us to be their advocates. The leaders who have come before me have built this organization into a influential force in the veterans and disability communities, and I humbly intend to build on their legacy.”

Carl Blake was raised in Woodford, Virginia.  He graduated the United States Military Academy at West Point, New York in 1998, with a Bachelor of Science Degree.

Upon graduation from West Point, Blake was commissioned as a Second Lieutenant in the Infantry in the United States Army.  He was assigned to the 2nd Battalion, 504th Parachute Infantry Regiment (1st Brigade) of the 82nd Airborne Division at Fort Bragg, North Carolina.  He graduated from Infantry Officer Basic Course, U.S. Army Ranger School, U.S. Army Airborne School, and Air Assault School.  His awards include the Army Commendation Medal, Expert Infantryman’s Badge, and German Parachutist Badge.  Carl retired from the military in October 2000 due to injuries suffered during a parachute training exercise.

Blake is a member of the Paralyzed Veterans Mid-Atlantic Chapter in Virginia. He lives in Fredericksburg, Virginia with his wife Venus, son Jonathan and daughter Brooke.