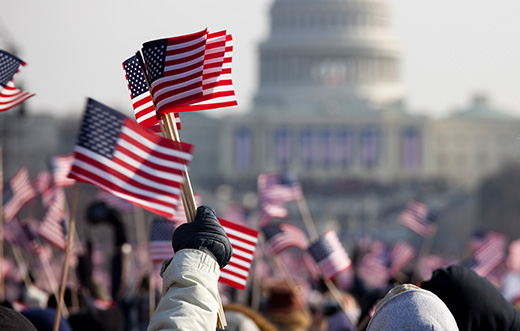 Organization to participate in military honor of President-elect Trump

“We are honored to be included in this inaugural celebration of the 45th President of the United States,” said Paralyzed Veterans of America Executive Director Sherman Gillums, Jr. “The peaceful transition of power is a tradition in the nation’s capital that is applauded by all, but perhaps none more so than the veterans and active military of this nation, as we welcome our next Commander in Chief to office. Paralyzed Veterans of America is proud to take its place among all those who will honor President-elect Trump on January 20.”

Charles “Reed” Weir, Sr.
A native of Ft. Eustis, Virginia, Reed Weir is the national director and former chapter executive director of Paralyzed Veterans’ Mid-Atlantic Chapter in North Chesterfield, VA. In 1976, he enlisted in the 7th of the 1st Cavalry division of the U.S. Army in Fort Hood, Texas. He was trained in combat arms and tank operations. In 1978, he was paralyzed in a motorcycle accident and medically discharged from service. His early involvement with Paralyzed Veterans was concentrated in wheelchair sports. He later sought employment at the organization’s national office in Washington, D.C., where he worked for seven years. He holds a BBA, with a concentration in business marketing, from the College of William and Mary. He lives in Williamsburg, VA.

Jody Shiflett
Former U.S. Army Captain (1985-1994, Desert Shield and Desert Storm), Jody Shiflett, was injured in a parachute combat training exercise in 1993, leaving him a paraplegic (T-12 injury). Since then, he has been an active member of the Paralyzed Veterans, connecting through its Mid-Atlantic Chapter in Virginia, to support the needs of fellow veterans as a proponent of sports and recreation rehabilitative therapy. Shiflett has directed the Paralyzed Veterans of America Racing Team for the past seven years, which requires him to travel all over the country, approximately 18 weeks out of the year. He is also the head official for the handcycling competition in the National Veterans Wheelchair Games. He lives in Virginia Beach, VA with his wife.

Mark Hartney
Discharged after a B-52 aircraft he was flying crashed and ended his military career in 1988, former Air Force Captain Mark Hartney is a member of the Paralyzed Veterans’ Mid-Atlantic chapter. He has served the organization since 1989, including more than five years as a member of its national finance committee. Hartney also plays for the chapter’s wheelchair basketball team, and is still a certified flight instructor in Newport News, VA. He is currently embarking on his next journey as a small business owner specializing in aerial videography and photography. Hartney lives in Williamsburg, VA with his wife, Melissa.

Geoff Hopkins
Former U.S. Army Specialist Geoff Hopkins has served Paralyzed Veterans for more than sixteen years, since shortly after a motorcycle accident paralyzed him. With a concentration in vocational rehabilitation and sports programs, Hopkins established the organization’s Paralyzed Veterans of America Racing Team in 2009, and is still an active team participant. He currently oversees the recreational therapy program at the Martinsburg VA in Fredericksburg, VA, where he lives with his wife and two young sons.