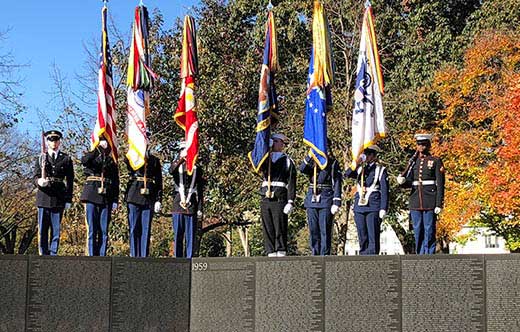 WASHINGTON, DC (Jan. 30, 2019) — Yesterday, the U.S. Court of Appeals for the Federal Circuit handed down a significant win for tens of thousands of Vietnam War-era “blue water” Navy veterans and their survivors. Paralyzed Veterans of America filed a “friend of the court” brief  in a lawsuit to require the Department of Veterans Affairs (VA) to extend a legal presumption of exposure to the deadly toxin Agent Orange to Vietnam veterans who served on vessels offshore in the territorial waters of that country. For decades, the VA has denied this presumption for so-called “blue water” veterans. In Procopio v. Wilkie, the court ruled that Congress had intended that blue water veterans are eligible to receive the presumption of such exposure and to receive VA benefits for diseases that have been associated with exposure to Agent Orange.  The ruling would also allow survivors of deceased blue water veterans to receive benefits as well.

“We are very pleased with this ruling,” said Carl Blake, a U.S. Army veteran, and executive director of Paralyzed Veterans of America. “This decision resolves a decades-long controversy that has visited a grave injustice upon a plethora of veterans and their families. However, this is not an end in itself. Rather, it is the latest step in the right direction to ensure that veterans of all eras who have been exposed to toxic substances and environments during their military service receive the benefits they have earned and are legally entitled to.”