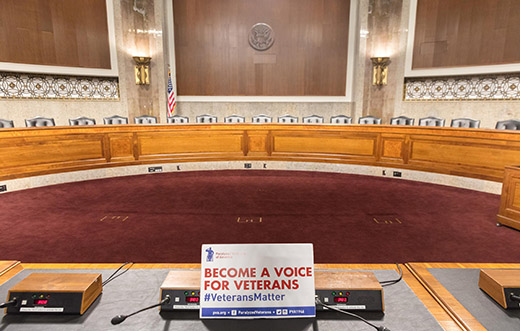 WASHINGTON, DC— 12/18/17 Today, during oral arguments in a lawsuit filed on behalf Paralyzed Veterans of America (PVA) by Democracy Forward, the Administration acknowledged that its defense of the Department of Transportation’s (DOT) unlawful rollback of protections for airline travelers with disabilities rests entirely on a technical question of jurisdiction, conceding PVA will win the case if the court reaches the merits.  PVA and Democracy Forward issued the following statements:

Carl Blake, Interim Executive Director, Paralyzed Veterans of America
“For years, Paralyzed Veterans of America worked tirelessly to finalize a wheelchair rule that increased accountability for airlines and empowered wheelchair users to make more informed travel decisions.  Our members have earned these protections, and we deserve a ruling on the merits to prevent the Administration from unlawfully rolling them back.  We thank the court for the opportunity to present our case and as we await the court’s final ruling, we will continue to work with all interested parties in our fight to protect the rights of those who have given life and limb for this country.”

Anne Harkavy, Democracy Forward Executive Director
“It’s telling that the government conceded the Administration will lose this case if the court rules on the merits.  But given the Administration provided no justification for unilaterally and unlawfully rolling back critical protections for air travelers with disabilities, it’s not surprising.  We appreciate the opportunity to present our arguments and hope the court rules to restore these critical protections.”

The lawsuit was filed on July 31, 2017 in response to DOT abruptly rolling back a rule intended to make airline travel safer and easier for passengers with disabilities. The rule, which requires domestic airlines to track and report data on lost and damaged wheelchairs and scooters, was delayed by the Administration without seeking input from people with disabilities.  To learn more, click here.