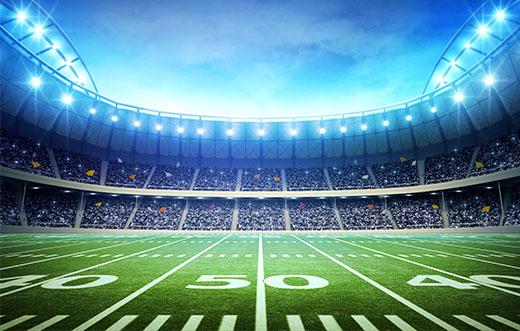 The Minnesota Vikings NFL team will be hosting this year’s Super Bowl in a 65,400-seat stadium featuring superior wheelchair access and seating options, thanks in part to guidance from Paralyzed Veterans of America’s Architecture Department and Minnesota Chapter.

The stadium’s redesign began in 2016 when the Vikings’ advisory board formed a committee to provide insight into meeting the Americans with Disabilities Act (ADA) requirements. The ADA, established in 1990, prohibits discrimination based on disability and outlines equal accessibility requirements. As the leading veterans service organization experienced in ADA compliance, Paralyzed Veterans joined the committee as a trusted advisor.

“Our aim was to not only meet the ADA requirements, but exceed them wherever possible as an additional level of access for mobility restricted individuals. The 1.75 million square foot facility features wheelchair-accessible seating at various ticket price points and in more than 100 private suites,” said Mark Lichter, director of architecture for Paralyzed Veterans of America.

As the only veterans service organization that employs full-time architects, Paralyzed Veterans is able to provide the highest level of guidance tailored to the needs of disabled veterans and all people with disabilities. Paralyzed Veterans’ architects operate on a small to large-scale basis, with a broad scope of work ranging from private homes to national sporting arenas. Notable achievements include advising on the accessibility of the Washington National’s Ballpark, the Virginia Governor’s Mansion and the National Dwight D. Eisenhower Memorial.

Though sports fans this weekend will be able to enjoy a fully accessible stadium, the battle for nation-wide accessibility is far from over.

“What it comes down to is seeing the ADA as not something you have to comply with, but as a means of treating people with disabilities with dignity and equality,” Lichter said. “Once that mindset in society changes, then we will make big strides, but we’re not there yet. Good accessible design often does not cost more, and typically leads to better design.”