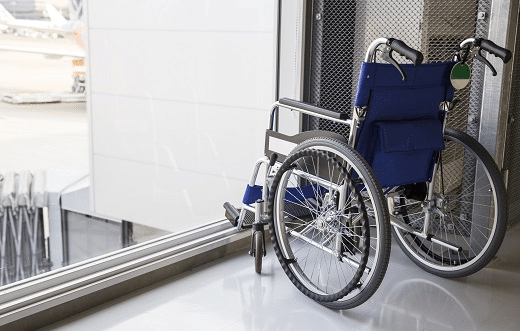 Washington, DC (November 29, 2018) — Today, Democracy Forward, on behalf of Paralyzed Veterans of America, petitioned a federal court to require the Department of Transportation (DOT) to comply with a Congressional requirement to issue rules about restroom accessibility on airplanes for public comment.

The mandamus petition follows reports that many new airplane restrooms are just 24 inches wide (nearly a foot narrower than an average porta-potty). In today’s filing, veterans with disabilities detailed the need to intentionally dehydrate themselves before a flight, use catheters while on a flight, wear protective undergarments, and take other extreme measures to assuage the stress and embarrassment many travelers with disabilities face when unable to access an airplane restroom during a flight.

“Disabled veterans have already sacrificed so much for our country,” said Carl Blake, executive director of Paralyzed Veterans of America. “The DOT should make compliance a top priority, ensuring these veterans and all people with disabilities can travel with dignity.”

Airplane manufacturers, airlines, disability groups and other members of a DOT-negotiated rulemaking committee developed a proposed rule intended to make airplane restrooms accessible for air travelers with disabilities, including those who use wheelchairs. In 2016, Congress issued a clear directive that the agency should release a rule for public comment by July 2017, but to date, DOT has not released the rule. Furthermore, the agency has taken the additional step to remove the lavatories rule from the administration’s regulatory agenda.

The petition for writ of mandamus was filed November 29, 2018 in the United States Court of Appeals for the Tenth Circuit.